An ode to 1953 Bowman: Christmas edition. 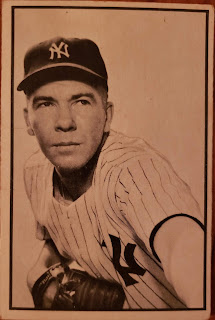 Every year, for my birthday and Christmas I get most of the Yankees from a certain 1950's set. It's nice because I really like a lot of sets from the 1950's, and most of the cards are definitely out of my price range. Also, my dad has an affection for the 1950's Yankees because they were the team his dad told him about when my dad was a kid. I think the 1950's were definitely one of the best (possibly the absolute best) decades ever for baseball cards, as you might have been able to tell from my Black Friday purchases. This year I got 1953 Bowman, from both the Color and the Black and White set, like the Bob Kuzava above. 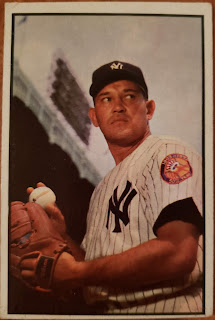 I think it's pretty cool seeing the patch the Yankees had on their uniforms because of their 50th year of baseball (1903-1952). Overall, I think Bowman had much the better set in 1953, and I think that explains something of it. In 1953 Topps, because basically all the cards are just head shots, and while they're very beautiful and detailed head shots,  you can't actually see a lot., while in Bowman, there are a lot of really nice pictures where you can get a better sense of the time. Allie Reynolds had his best season the year before, as he won 20, lead the league in ERA with 2.06, and threw 2 no-hitters. 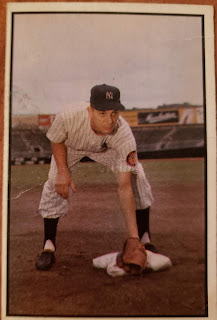 Interestingly, this card ( Jim Brideweser) was actually the hardest card for my dad to get. He had tried to get it on Comc on Black Friday, but the one he wanted to get ended up being stored remotely, and he had to get it on Dean's Cards.

The big reason I like Bowman more than Topps that year is that the pictures are just beautiful. One card that I really, really, really want to get someday is the 1953 Bowman Pee Wee Reese. I definitely won't get it for a long, long time, but it might happen someday. 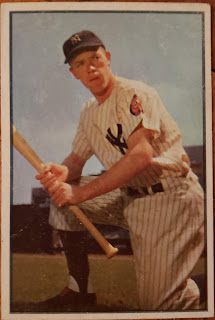 Bill James credits Gil McDougald for the defensive success of the 1950's Yankees even  as Casey Stengel shuffled 2nd basemen and shortstops in and out of the lineup. James wrote in his Historical Baseball Abstract that Gil McDougald was around even, per inning, in his defensive win shares with Red Schoedienst, Frank White, and Nellie Fox at 2nd base, and even with Mark Belanger, Dal Maxvill, and Lou Boudreau. At 3rd base he ranked around even with Aurelio Rodriguez, Buddy Bell, and Ken Boyer. 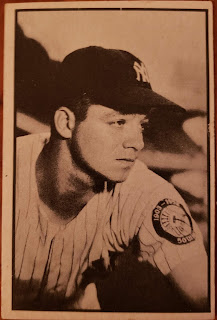 The Black and White set is also pretty nice, I think. The Color set is a lot more, well, colorful, but the photographs are still really good. Bill Miller traded to the Orioles in the 17 man Yankees-Orioles trade, which also included Don Larsen, Bob Turley, Gene Woodling, Gus Triandos, and many, many more. 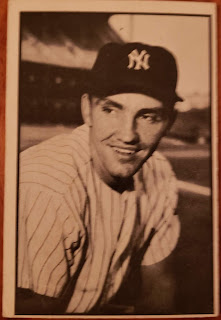 RIP, Irv. When I asked my Grandpa about him ( we're on vacation in New York and staying with my grandma and grandpa), my grandpa said that he was very solid as a player, you could put him anywhere in the lineup from 1-3, and he was a very good fielder. 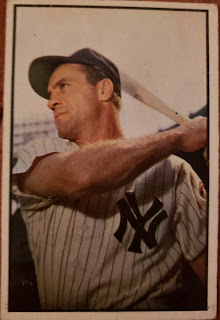 This picture really reminds of the 1957 Topps Ted Kluszewski, even though Hank Bauer was in reality 2 inches shorter and 33 pounds lighter than Kluszewski. 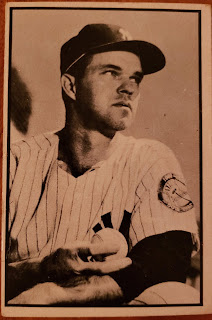 I'll close out with my dad's personal favorite of the Bowman's I got for Christmas. Johnny Sain won 14 games and lost 7 with an ERA of 3.00, and  lead the league in saves with 26 in 1954. My grandpa says that he was glad when the Yankees got him near the end of his career.