At every card show  I go to I start out by  walking  through the card show, starting on the left. However, as I walked through I couldn't find any dime boxes. I found a quarter box, but those eat up a budget like mine in what seems to be the blink of the eye. I was starting to get pretty worried when I finally found the guy I got all the nickel cards from last time. He was right by the entrance, but he was just a little to the right so I missed him. And like last time, he had a high-quality nickel box.

His selection actually turned out to be better than last time, which is saying a lot. I had an immense amount of fun just looking through the cards. I could have gone to an amusement park, and I would have spent more, had less fun, and would have come back with nothing. 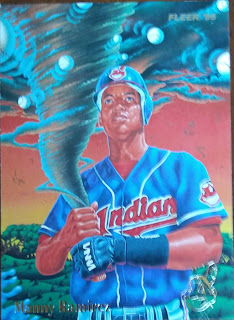 But going to a card show I came back with 400+ cards, including one's like this. 1995 Fleer is pretty surreal, and this insert set was no exception. 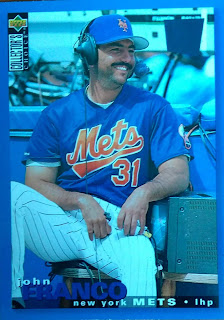 This was another great card. I wasn't going to include it in this post until I noticed  the TV by his leg, which just sealed the deal. 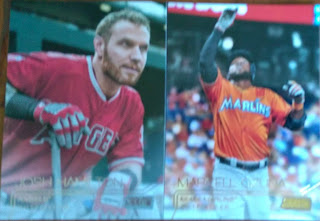 I think it's pretty weird that all the cards I have from the current incarnation of TSC are from this guy's nickel box. I haven't been able to form much of an impression from my 4 cards, but the design is clean and the photography is apparently very good. 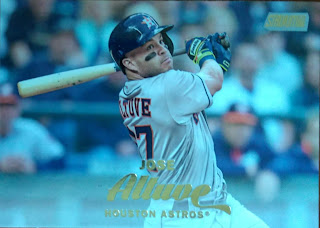 I'm always glad to pick up Altuve's cards for mere pocket change, plus I'm happy to get TSC cards for pocket change. Getting both at the same time is nothing short of great. 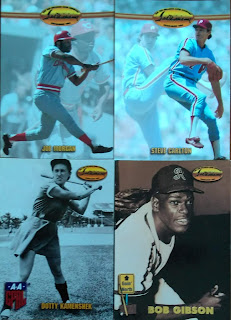 Another set I'm always glad to get cards of is Ted Williams Company. I was especially glad to get the Dotty Kamenshek card.  It was my first card of a AAGPL player. She apparently was a 2 time batting champion.The Going North cards are also very cool, featuring stuff like Bob Gibson as a minor leaguer. 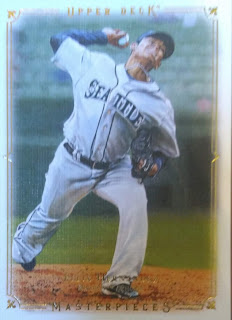 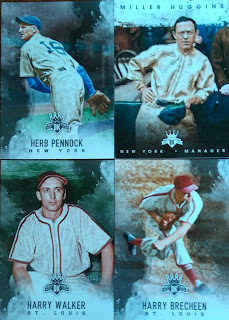 I was also glad to see that there were a decent amount of Diamond Kings. The design isn't anything, and I'm not a big fan of the way the pictures look, with the arty look, but I always like the player selection. You don't get a lot of cards of Harry "The Cat" Breechen, nor do you get many cards of Harry " The Hat" Walker. 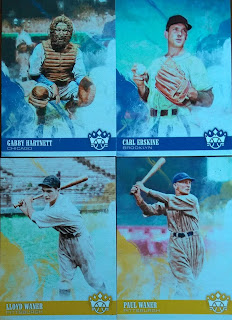 Turns out, I got a pretty decent amount of these. I really like the old catchers gear like
in the Gabby Hartnett card. 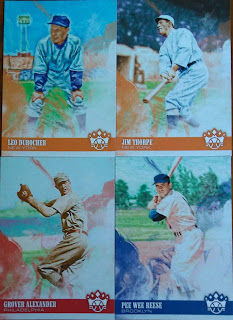 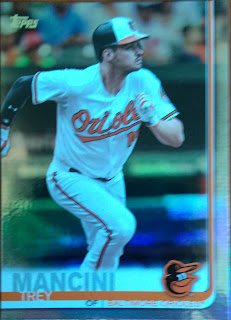 I got 2 2019 Topps cards in the nickel box. They were my 1st this year. Getting 12 cards for $2 didn't making sense any more, and when they hiked up the price it made even less sense. I mean, why should I pay about 20 cents a card, when I can get them for 5 cents by just waiting a little? Anyway, 2019 Topps looks nice and I hope to get more on the cheap. I'm glad that they're returning too full career statistics. It was really annoying when they only had 5 seasons. 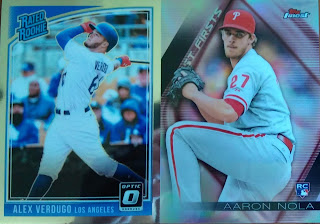 These 2 were 10 cents combined, an amazing deal considering Aaron Nola's monster 2018 season, plus Alex Verdugo is doing well. This guy's nickel box surprises me every time. Where else would you find cards like this for pocket change? 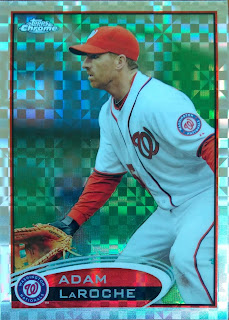 This is a nice shiny card. There was another one from this set, but sadly I didn't get it. Now I regret that. These are just really cool. 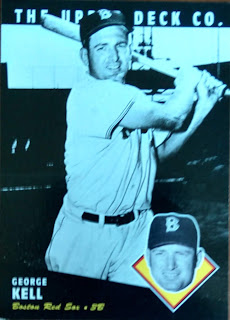 This was my 1st card from this set. I think it's really cool how they show the per season averages on the back. I've never seen that on a baseball card before. 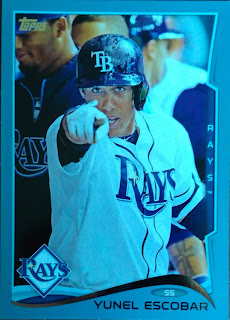 At 1st when I picked this up I put it back again, but I decided to get it. It's a pretty interesting photo, Yunel pointing right at the photographer. 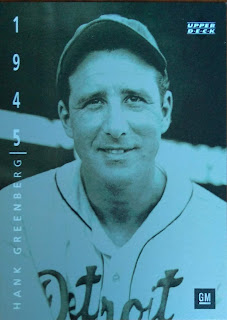 I think this is from the Ken Burns documentary set. Whatever it is, it's my 1st of it. It's pretty nice, and I generally love Upper Deck, this being no exception. 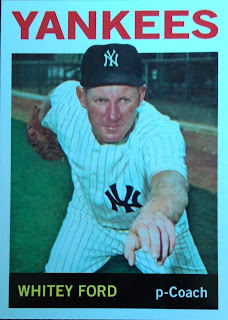 You don't see the P-Coach designation much, so this was nice. Did you know that excepting his last 3 years Whitey Ford was 216-84? This has no connection, but a lot of times when I look at Whitey's 1954 Bowman card,  I call him Eddie Ford, because it lists him as Edward Ford, and I know that's not quite right but I forget his name.
I ended up getting a ton of cards at that card show, so I think I'll split this up into a couple of posts.

Thanks for reading, especially because I don't post much.