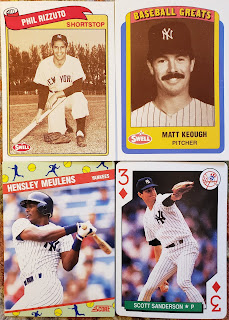 I also indulged in a good amount of Yankee oddballs. The card on the bottom left is the most interesting to me, as it has yellow baseballs on the front and was created for the 12th National Sports Collectors Convention, which I'm guessing was just the National. 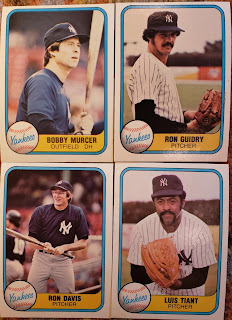 I was really excited to get my 1st card of Luis Tiant as a Yankee, as I'm a Tiant fan. Bobby Murcer was my Dad's favorite in the '70s, and Ron Guidry was a key cog in the Yankees' back-to-back championships in 1977 and 1978, compiling one of the greatest seasons on the mound in recent history. I'm not really sure why Ron Davis is carrying a bat, but it's a cool shot. 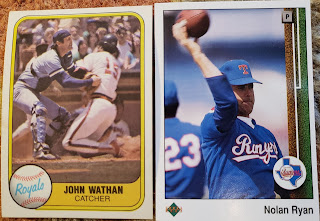 2 really great pictures here. Cards of players tossing footballs are always welcome, and John Wathan's card is definitely a little out of the ordinary too. 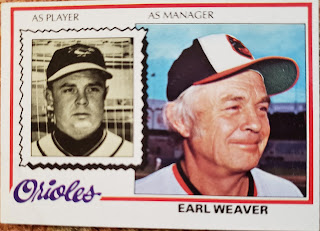 I was extremely surprised to get a vintage hall-of-famer for 10 cents. Granted, 1978 is just barely on the tail-end of what I consider vintage, and Weaver was a manager, but still. 1978, in my opinion, had some of the best manager cards ever. It's practically impossible for me to conjure up a mental image of guys like Earl Weaver when they were young, so I appreciate the help. 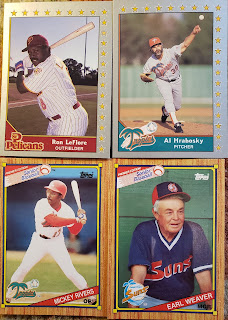 The Senior League was interesting, as it lasted just a bit longer than one season, and is by now pretty much forgotten, but it was the last stopping point as a professional for semi-stars like "Mick the Quick", "The Mad Hungarian", and Ron Leflore, who had an interesting career. And there's Earl Weaver again! 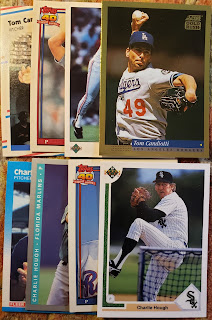 I added some new cards to the ol' knuckleballer collection. Charlie Hough was definitely old enough to qualify for the Senior League at the time (he debuted in 1970,) but he was busy pitching in the starting rotation of the Rangers. 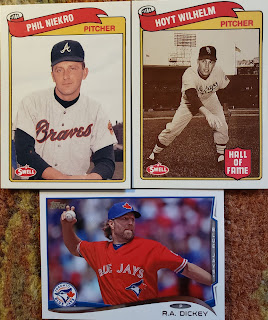 R.A Dickey isn't the last knuckleballer in baseball, as there were 2 in the majors in 2019, but as they combined for just 12 innings it didn't really matter. 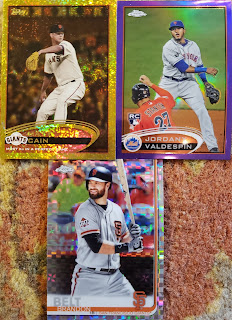 I certainly couldn't turn these down for 10 cents. I like the Giancarlo (Mike) Stanton cameo on the Jordany Valdespin card. 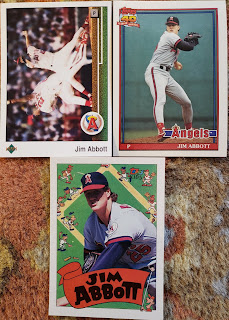 I added a couple of cards to my Jim Abbott collection, which now stands at a whopping 19 cards! Okay, I know that's not really a whole lot, but it isn't too bad. 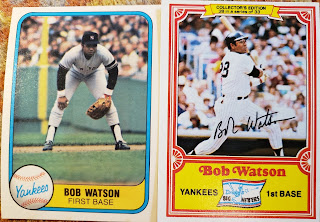