Going off the beaten path for baseball cards

Comc and Ebay are the usual options for buying baseball cards, but it pays to get off the beaten path some times for baseball card buying options.

For instance, I bought some cards from Kit Young a month ago. Kit Young has been around for a long time, so he isn't exotic, but he isn't the knee-jerk option like Ebay. 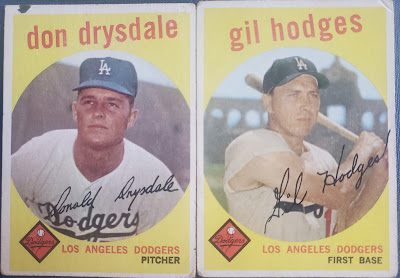 First I got 2 cards for my 1959 Topps set build: Drysdale and Hodges. Neither of them are in great condition, but they're both totally acceptable to me.The backgrounds are interesting too. It felt good getting 2 hall of famers out of the way. I now have 56 out of the 572 cards in the set, which isn't bad considering I haven't been actively working on it for that long. 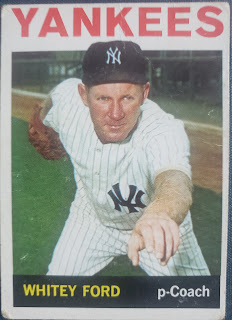 This was my favorite of the lot, both just as a card and as a deal. It was just $5, a real steal for a vintage Whitey Ford, and I also just really like the card. 1964 Topps has a nice design, and I like the pitcher-coach designation. Not something you see everyday. 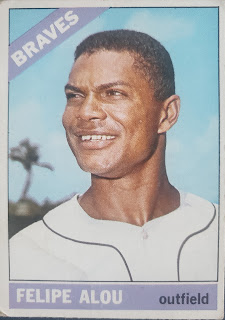 This is a 1966 O-Pee-Chee card, though it looks just like a regular Topps card on the front. 1966 OPC was one of the rarest OPC issues of them all, so I was very pleased to get a Felipe Alou for a very reasonable price. 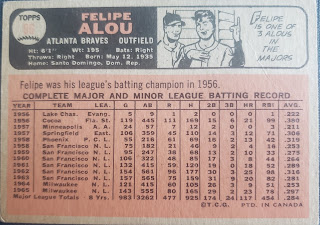 The "Printed in Canada" line is the only way to tell that it's an OPC card.
Overall, I got some good cards at good prices from OPC baseball. As with Kit Young, not all the cards are priced as well; really, I think I might have gotten all the good priced baseball cards. But I'll definitely be checking back occasionally to see if there are any more good baseball cards.
This series of purchases really shows that it pays to consider options other than the go-to sites like Ebay.