Getting my Comc shipment shipped

I requested that my Comc cards be shipped today. As I'm sure you've heard, Comc shipping is taking forever, which is very frustrating. I really don't get why it's taking so long. Comc is the only site that's taking forever for shipping. I've seen the theory put forth that it's to make people pay more for premium shipping, but that doesn't make much sense to me. I'm sure they're losing much more money in lost sales than they gain in upgraded shipping.

My order is supposed to be shipped by March 10th next year. I'm praying that a miracle will happen, and I'll get my cards in a reasonable time. I know that almost certainly won't happen though. I think it'll be at least relatively okay, because I'll be getting plenty of cards in the interim.

Because it's not supposed to be shipped until March, I'm going to show some of the cards in the order now (pictures from the Comc website).

I got around 30 cards for my 1959 Topps set build for very good prices which is great. Not all commons, either. OK number of high numbers and hall of famers, so when I reach 90% I don't have just the harder cards left. 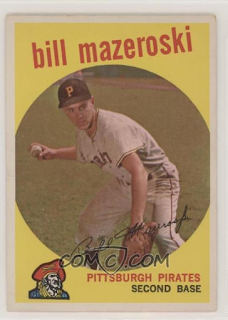 I also got some 1970 Topps cards for my Dad, who is, if you include the cards in the Comc shipment, now down to about 30 cards left to complete the set. 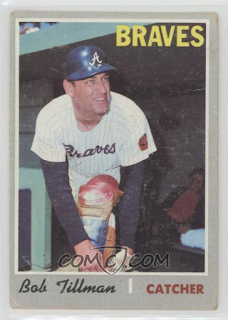 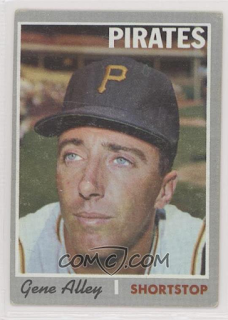 I got a couple 1969 Topps Deckle Edges, so now I think I'm now down to just Willie Mays and Rusty Staub. I'm having a very hard time finding Staub at a reasonable price. $3 is ridiculous to me, when Yaz was just $1.75. If anybody has a spare Staub, I'd be interested in a trade.
I'll just show a couple nice cards now.

So I'll be waiting a long time for these cards, but it'll be awesome when I get them. Is anybody else waiting for a Comc shipment, or recently received their cards? I know the shipping problems for no good reason are souring a lot of people on Comc, but my attitude on it is that they have the best prices for vintage cards worth 50 cents to $5.