Finally, for the first time in almost a year, I got to a card show. The last time I had been to a card show was back in March last year, and I was only able to spend half-an-hour at it, so I'd been waiting a long time to really satisfy my need for a card show.

Well, going to last Friday's card show certainly satisfied the card show itch for a while. It was a very big card show, and I got plenty of vintage and dime cards. 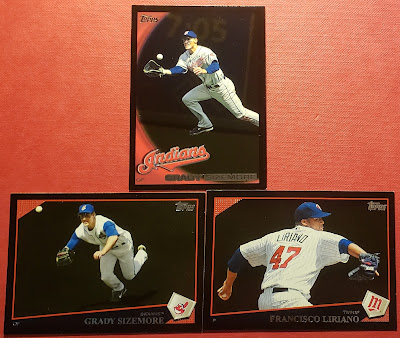 I was a bit anxious as I explored the hall, as there weren't many tables with cards I was interested in. I thought there would be more dime boxes, but I only found one out of the numerous tables. With table after table of either modern cards or upper-class vintage, my spirits sank somewhat. But I finally figured out it didn't matter what most of the tables were like; I just needed a couple of dealers with good cards. After this realization I was able to settle down and enjoy the card show more.
The cards above I got from the one dime box vendor I found. His cards had some surprises, like the ones above, which are apparently Walmart exclusives from long ago. They look sharp. 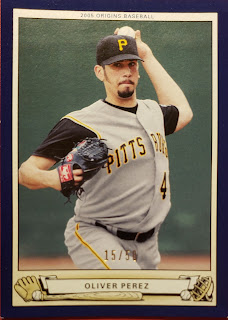 Woah. This is the lowest numbered card I've ever found in a dime box, the next lowest being a Curt Schilling numbered to 100 I got a couple years back. Oliver Perez, surprisingly, is still kicking around in the majors, as he had an ERA of 2.00 in 21 games in 2020. 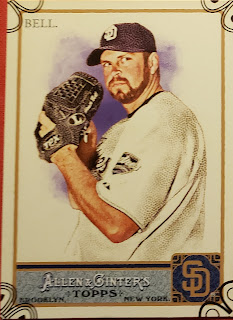 And this is an Allen & Ginter's code card from 2011, which I think is pretty cool. I'd never seen any of these before in person, so getting one for a dime was a pleasant surprise. 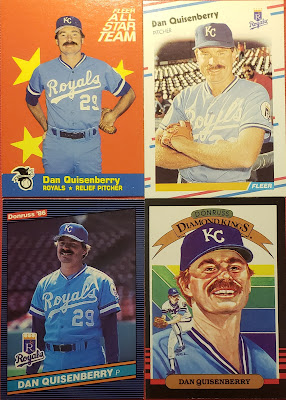 I also bulked up some of my player collections. Dan Quisenberry is one of my favorites, and I'm considering super-collecting him, as most of his cards are very cheap, and he doesn't have many post-career cards. According to TCDB, he only has 231 cards, which seems like a ridiculously low number. 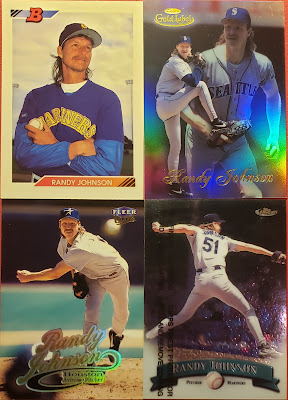 Randy Johnson, on the other hand, has 13,393 cards currently listed. But I'd much rather get a card of Quiz than one of the Big Unit. Obviously, I like getting cards of Johnson, as he's one of my player collections, but Quiz just seems to have been very nice and approachable, while Johnson -- not so much.
I was glad to get some 1992 Bowman cards, as you barely ever see them in the wild. 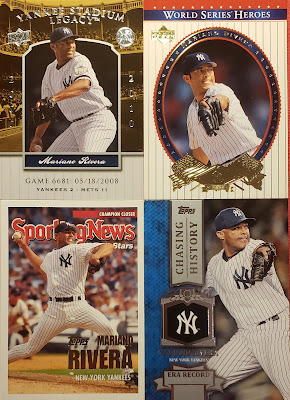 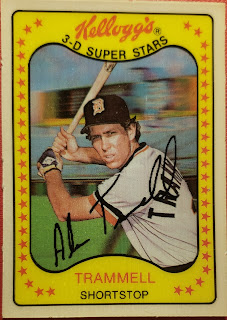 Now Kellogg's are definitely hard to find in dime boxes, especially ones of hall of famers. 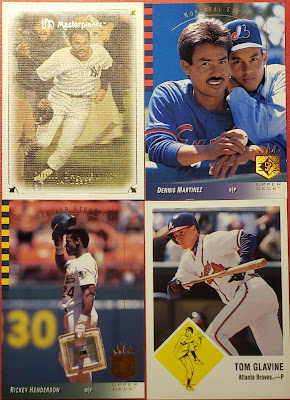 Dime boxes are wonderful things, but I also spent a good amount of time at the vintage tables. 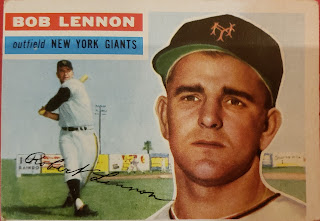 In 1954, Bob Lennon hit 64 homers for Nashville in the Southern Association. Unfortunately, his major league career was not particularly distinguished, as he hit .165 with 1 homer in the majors. 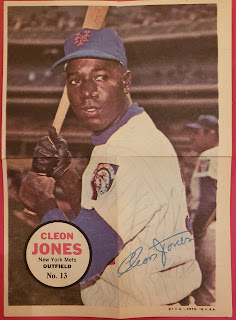 This was the first 1967 Topps Posters I've gotten, and it's pretty cool. It's 4 times the regular size, and is printed on newspaper-type stock, so it doesn't really feel like a baseball card, but it's still fun.
As I got a lot of cards, I'll break this up into two parts. Hope you all can get to a card show sometime soon too!
Posted by GTT at 6:51 PM