Well folks, I've really done it this time. Part 2 of this short series was nearly 5 weeks ago,  and only now am I posting the 3rd part.The thing is that I generally have at least one rather ambitious project going, and I've  had about 2 over the past 2 weeks. Still, that's only a partial excuse. I'm hoping to be more of a consistent blogger in the future. Anyway, I know you came here to read about the cards, not me making excuses for not posting more often ( at least it would be pretty weird if you came for that). 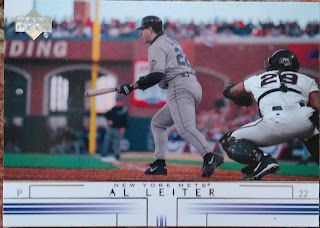 I think this is a pretty nice pitcher at the plate card. Al looks like he's about to bunt, and it's pretty cool how you can see the ball in transit to the plate.  It's also a angle you don't see much. 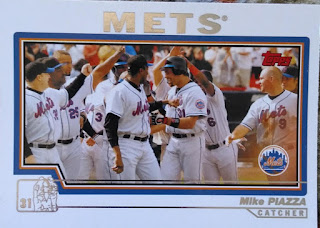 I think it's cool how this set has the outlines of the picture itself, not just one for each position. You can especially tell with cards like this. 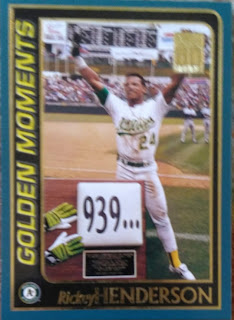 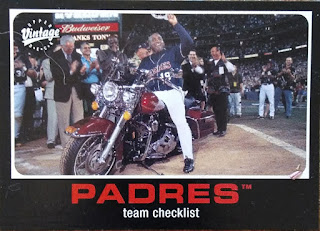 Tony Gwynn looks really cool on his motorcycle. It's nice how the score board bears the touching message: "Anks Ton!" 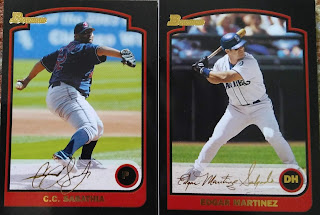 I think that these are gold parallels. They're pretty thick. 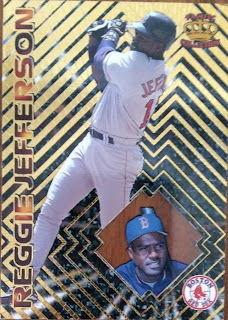 This Pacific is pretty cool. The design is pretty 90s and the see-through part is rather unusual. 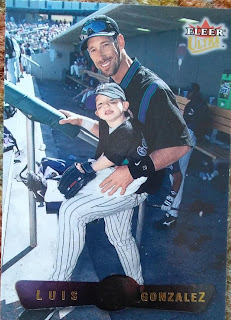 This is a nice card of Luis Gonzalez with his son. I'll still always remember him for this card though: 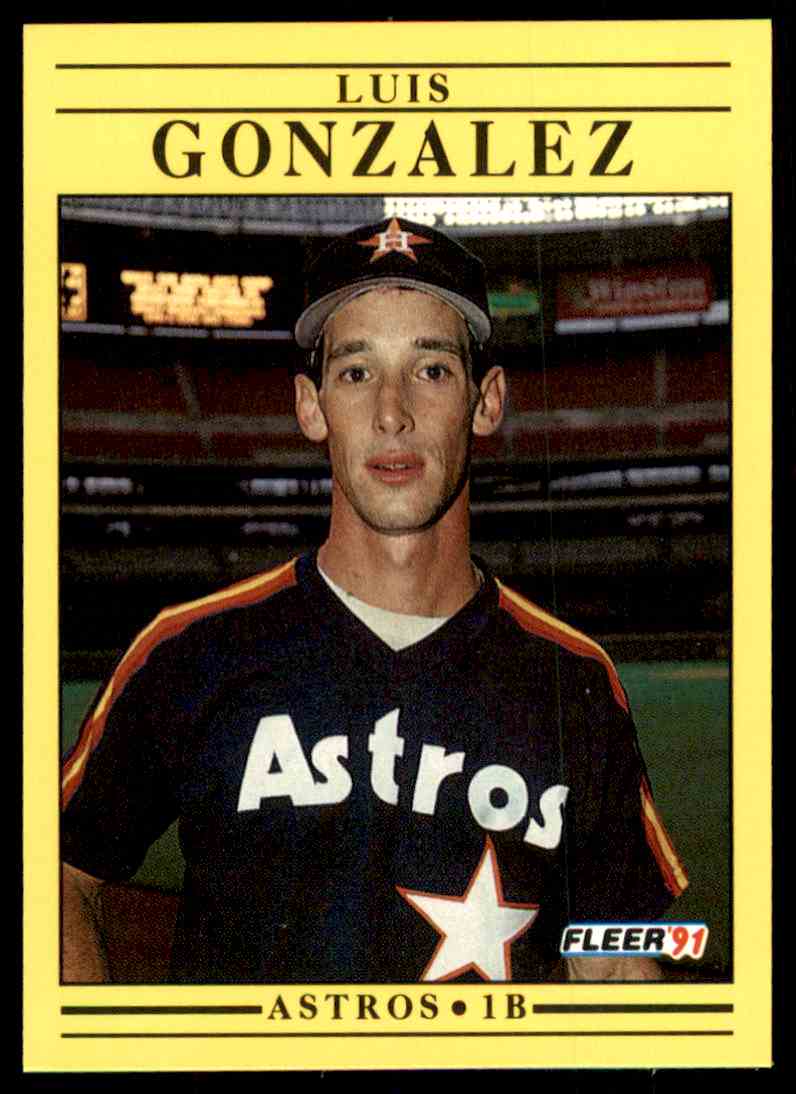 Speaking of creepy cards, here's one I got in the box
: 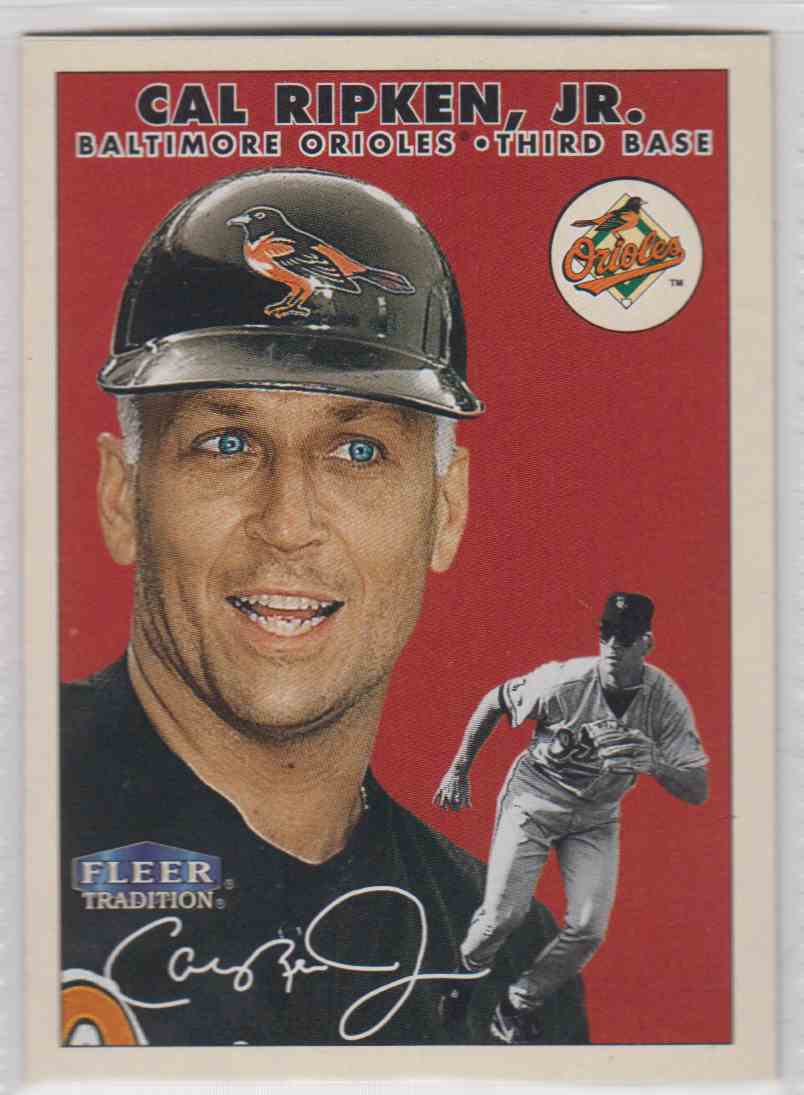 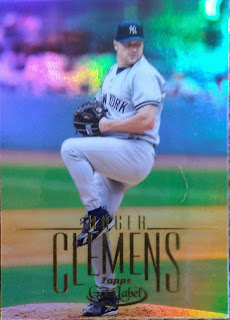 This isn't creepy, it's actually pretty nice. It has a lot of nice,shiny, colors, which is always a good thing. Plus I found something I thought odd on the back: 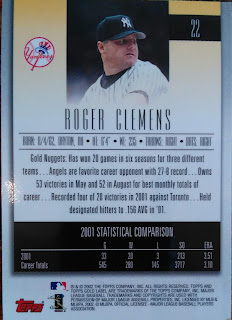 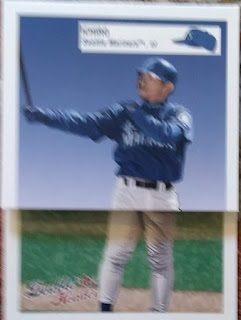 The concept for this set is fine,but sometimes it gets a little odd. For example, how does 5'6'' 160 pound Ichiro have the same legs as 6'2'' 210 pound Hideo Nomo? You can kind of see, if you look hard enough, a discrepancy with the top of Ichiro's legs and Hideo Nomo's underneath. 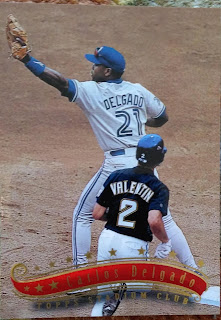 Tatooine card!By the way, why is Carlos covering 2nd? When he played in the field at all in 1996, he was at 1st base.My best guess is that there was an error and he had to cover 2nd. 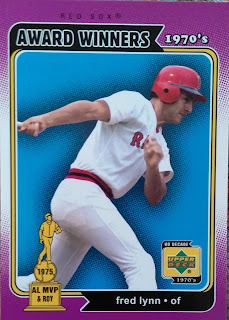 I could have included Fred Lynn in the older players section, but I think more of him as a 80s player. 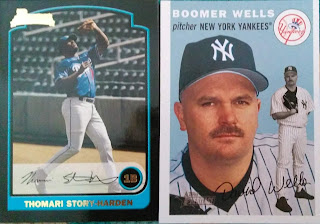 Now those are some nice names. Boomer is definitely a nickname that I do not want to get. It conjures up the image of exactly what he was, which is not what I particularly what I want to be, though I definitely wouldn't mind being a star pitcher for the Yankees. 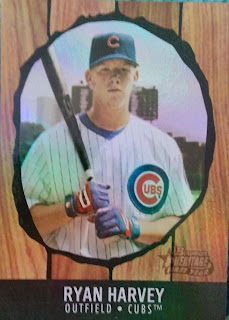 Now here's something that confuses me: Why was the 1958 Hires root beer design used in a product called Bowman Heritage? Did they not do they're homework? Did they mistakenly assign an intern to pick out a good design? It's pretty strange. 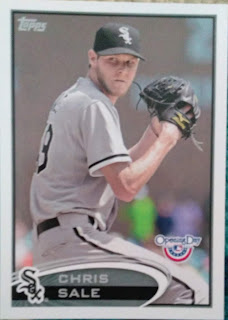 I semi-collect Chris Sale because he's really good,and has a pretty funky delivery. Too bad he's a Red Sock( that doesn't sound right), but these things happen.Unfortunately he's had a really bad start in 2019. 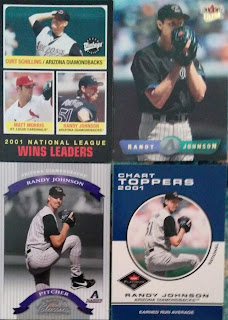 I ended up getting 7 Randy Johnson cards, because most of the cards were around 2000, and Randy Johnson was pretty much the #1 pitcher back then, at least in strikeouts. 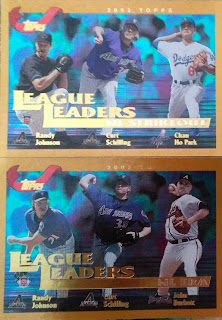 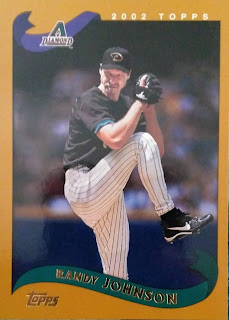 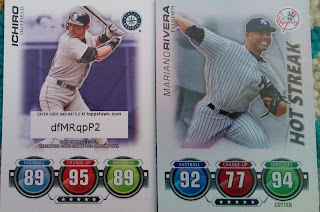 I had't gotten a new Mariano Rivera card in a long, long time because they never pop up in dime boxes, which is where I get most of my cards,and I don't want to go too out of the way to get cards of just about anybody. Too bad. 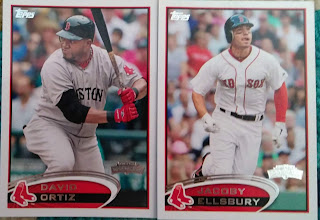 I also got the 2012 Red Sox team set. If you missed the 1st post of this little series, the person who gave me these cards lives in Massachusetts. 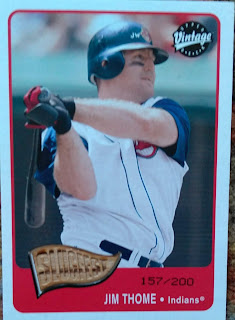 Anyway, that's all. Thanks for reading and have a happy easter!