The cards in my cupboard. 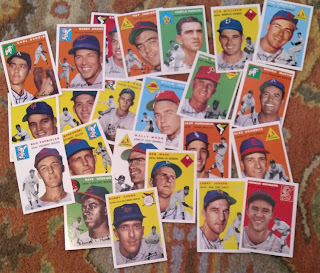 A week or two ago I was looking in a cupboard for cards and I found a partially filled box of cards. Generally I skip it over because there were only about 100 cards and it didn't look interesting but this time I took a look and was well rewarded. I found about 25 1994 Topps archives cards including 2 gold parallels. The White Sox card on the far right features a nice pitcher-at-the-plate picture  too. 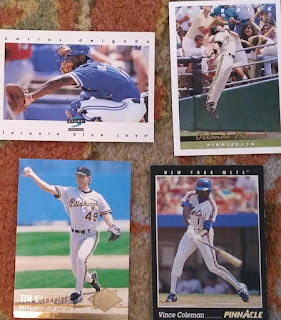 I love the reactions of the fans on the 1993 UD card.
It's kind of strange that Carlos Delgado is shown as a catcher when he's listed as a DH  though he was a catcher for a while.I always love knuckleballers plus I don't have many cards of Tim Wakefield as a Pirate. 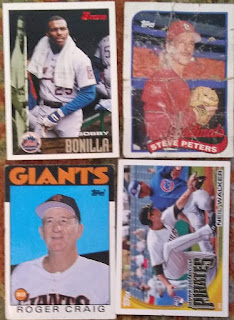 A glimpse of what happens in the clubhouse, a really mutilated card, a card of a former 24-game loser when he was a manager, and a card of "The Hitless Wonder" who is thankfully no longer a Yankee. 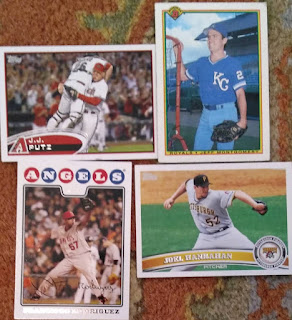 A quartet of closers! 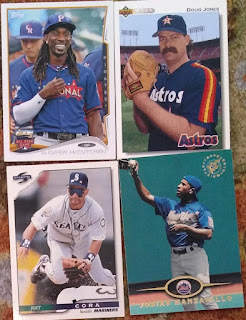 Just random stuff. A nice double play card of the current Red sox manager and Josias Manzillo ( now THAT'S a name) signing for somebody with his hat backwards. 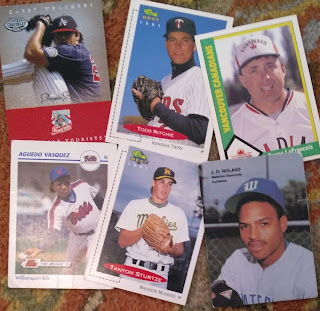 Some minor league cards of nobody in particular. 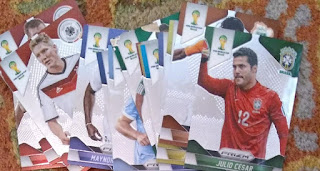 There were even soccer cards in there! 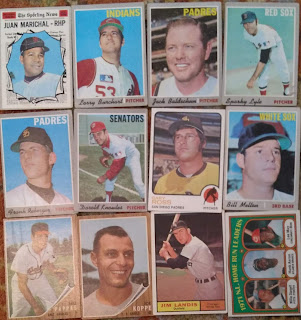 Now, what I've shown so far has been nice stuff but basically what you'd find in your average 100-pack.But there was also vintage! You really never know what you'r going to find! Maybe I'll even find my 1971 Topps Gaylord Perry card someday.