A rainy Saturday at the LCS. 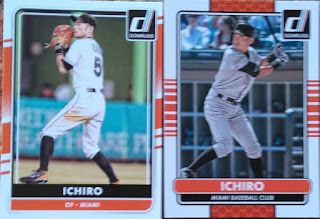 I'm getting rather slack about posting. The reason is not that I'm slacking off from the hobby, it's just that I don't get cards very often and when I spend time with my cards which is extremely often, I mostly do other stuff. Still, I do need to post more. Next week is my spring break so I'll probably be able to catch up. Anyway, the cards: 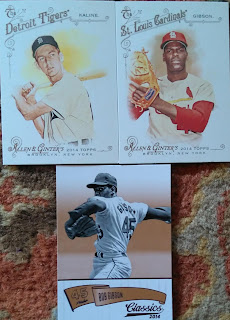 Last Saturday, I asked my Dad if we could go to the LCS. However, it wasn't very likely because my Dad had a cold, plus I had baseball practice in 40 degree weather. However, we did go and I was definitely rewarded. 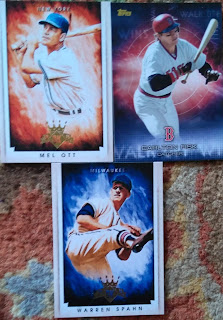 The shop itself, Nick's,  had moved a couple stores down to a new location, which was a lot bigger and nicer. In the back they had a room called the fan lounge, I think, with couches and a couple TVs and stuff. There was also a table, with a lot of cards on it that looked like they were being sorted, and I decided to ask for the price. I wasn't really getting my hopes up.I just thought they'd go in the 50 cent boxes. 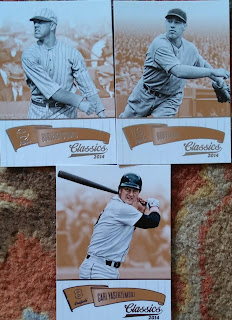 However, he said that you could fill up a little bag for $6! He helped me get the cards in and was pretty nice.Most of the cards were 2015/2016 Donruss, but there was also a lot of good stuff, as you can see. 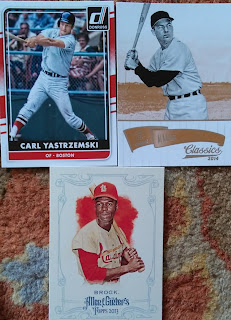 A trio of old timers! For some reason I like getting cards of pre-1980 players.I kind of like 2014 classics.It has a clean design and a healthy dose of oldies. 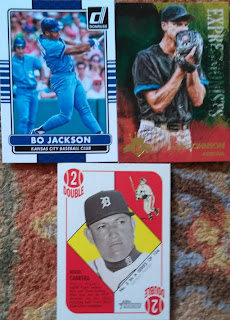 That Randy Johnson card was I think something like the 3rd card in the whole thing. 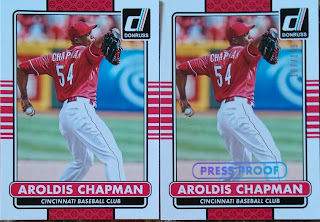 Wow, normally when you get a couple hundred of 21st century cards for $6 you don't expect to get cards numbered to 199. 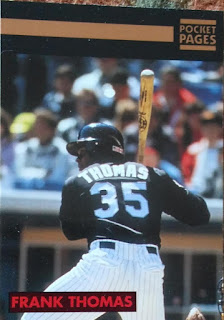 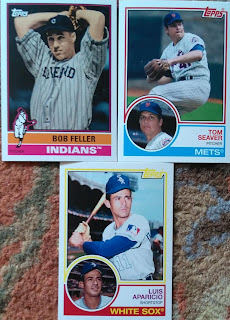 I've collected Bob Feller since I discovered we share the same birthday.I found that out not long after the 100th anniversary of his birth. 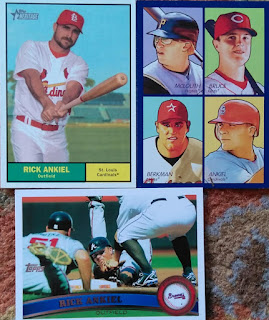 There were some players that I got a lot of cards of. 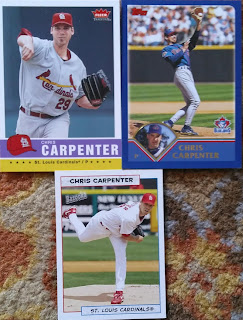 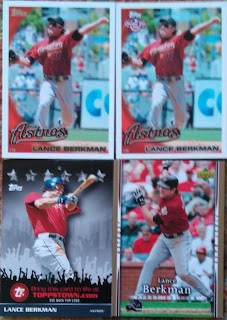 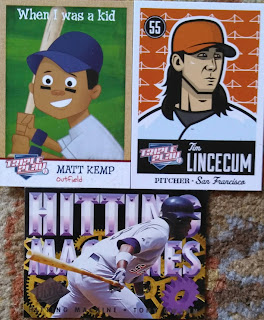 That's a lot of ugliness. The Matt Kemp card isn't very ugly at all, it's just rather weird. But outside of that, it's just full fledged ugliness. 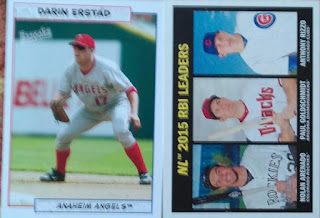 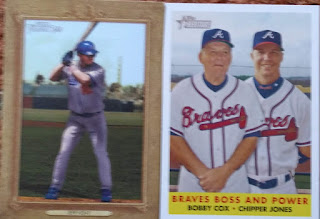 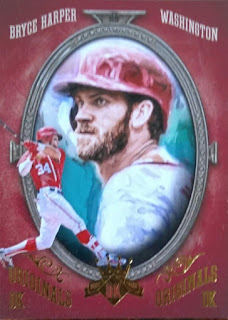 Kind of funny that I got this card right after he signed. 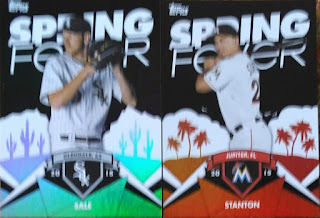 I got 27 new 2015 Topps Spring Fever cards, which was nice, but I also got 56 duplicates.
By the way, I'm selling some of my duplicates, so here are my listings.

Thanks for reading!
Posted by GTT at 6:14 PM