Trading is the best way to acquire cards, in my opinion. And trading in-person is the best way to trade. It's a lot more personal, and it's just funner. No shipping fees, either. The problem with trading in-person is that there has to be someone who lives fairly near you who collects baseball cards. Which is the hard part. So hard, that until fairly recently (OK, a month ago, this post is overdue) I hadn't been able to trade in person since Winter 2018.

But, thankfully, I was finally able to find someone to trade with. We were able to meet in late November, and it was very fun talking baseball (he's as obsessed about baseball as me, which is saying a lot) and trading cards. He has 3 or 4 younger brothers, I can't remember the exact number, and they all collect baseball cards too. So I actually had a lot of people to trade with. I recommended baseballcardstore.ca to him, and I believe that he's made an order with his younger brothers.

He's a Giants fan, so I was able to get plenty of unwanted Giants off my hands in exchange for cards I like. I got a lot of cards with fun photography. 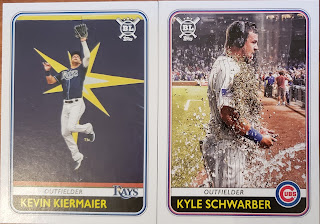 Kiermaier was #10 on Dimebox Nick's Top 10 cards of the year list. It's definitely a great card. The Schwarber sunflower seeds/ice water/headphones card is nice too. 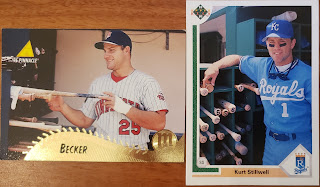 Hanging out by the bat rack always makes for classic shots. 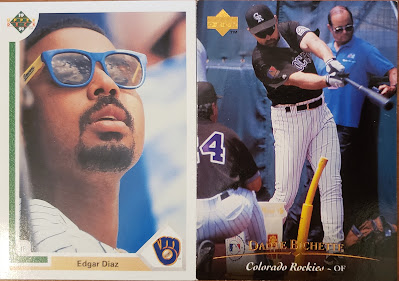 I don't think this pair needs much commentary 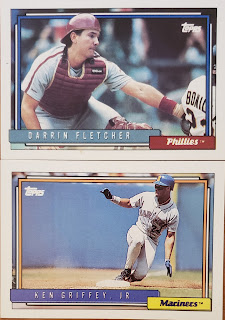 1992 Topps is a very good set, in my opinion. It's a nice, clean design, and the backs are B+. The photography can be very nice too, as evidenced above. 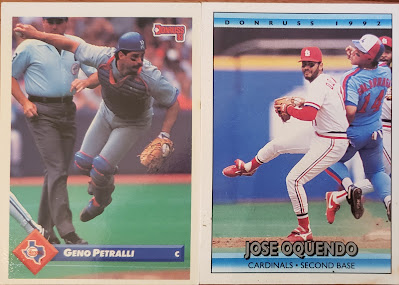 There's a lot of leaping featured on those 2 cards. Geno Petralli is looking pretty graceful for a catcher, and Andres Galarraga is also suspended in the air. The Jose Oquendo also gets extra points for the Ozzie Smith cameo (he's behind Andres). 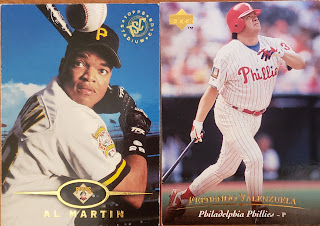 I love these two. Al Martin seems to be mesmerized by the ball, and a Fernando Valuenzuela short-term stop, pitcher at the plate card is pretty awesome. Fernando was 1-2 with a 3.00 ERA and a .250 average with 1 double in 1994. 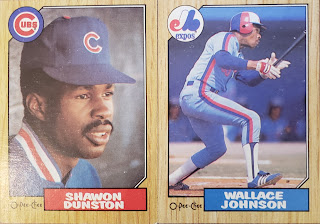 1987 O-Pee-Chee may be my favorite of all the OPC sets. The backs are just so bright! I currently have 4 cards from the set. 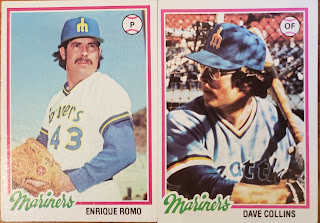 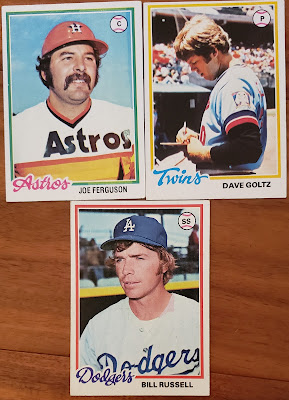 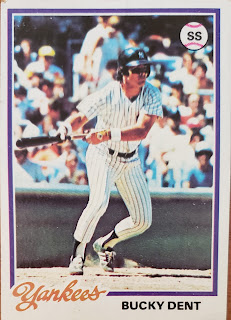 Bucky Dent is definitely my favorite of the '78s I got. He's up there with Aaron Boone and others as Post-season heroes. 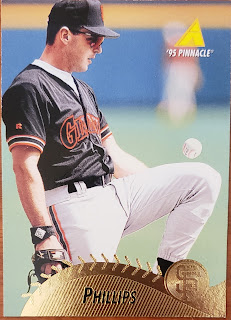 I will close with this rather enigmatic picture of J.R Phillips bouncing a baseball on his knee.
My friend Damien has a blog called "The Cooperstown Advocate" where he argues for various players' enshrinement. He's more of a big-hall guy than I am, but he's very knowledgeable about the players, so I always enjoy reading his posts. And arguing with him in the comments :).
So, anyway, thanks to Damien for the trading and thanks for reading!