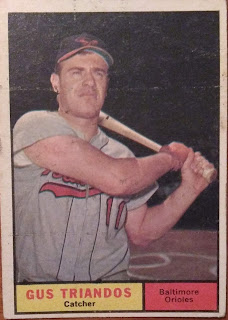 The big reason why I only got vintage cards on Black Friday is that my budget doesn't allow me to get them consistently throughout the year. If I spent all of my normal budget on vintage cards at a card show, I'd only get around 15 cards. It's a lot more satisfying to get a couple hundred cards from the dime box, even though I really like older cards. Occasionally, I get some vintage cards from a card shop, but's that's pretty much it.

So I was really glad to get a lot of cards from the 1950's and '60's at bargain prices. Actually, the most expensive card in this post was the 1957 Topps Ken Boyer, which was just 82 cents. 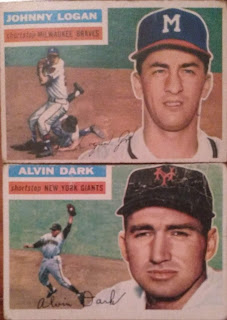 good job of showing why. 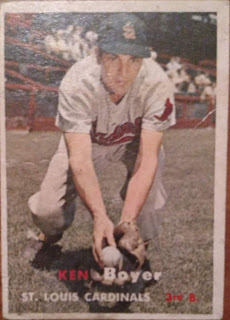 You can make a pretty good hall of fame case for Ken Boyer ( 11 time all-star, 5 time gold glove, 282 home runs, and a MVP award).  Anyway, I thought it would be nice to get a card of him. 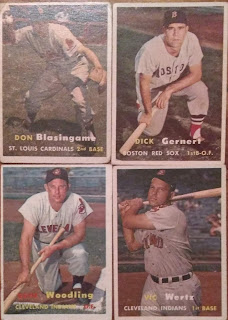 I might end up completing the 1957 Topps set some day, as it's a very nice set ( as I have said), and it's fairly cheap. I think the only expensive rookie card is Frank Robinson, which can be had for less than 100 dollars. 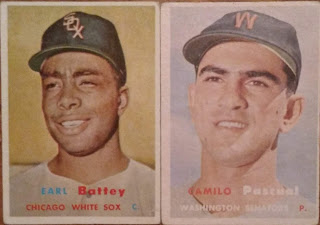 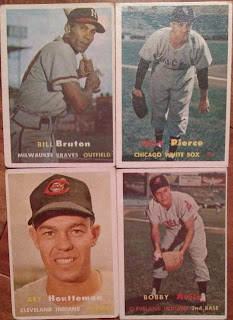 I wanted a Bobby Avila card for my collection after reading about him a little in the New Bill James Historical Baseball Abstract. Bobby was on the down end of his career by 1957, as he hit .224 in 1956, and retired after 1959. Billy Pierce is kind of underrated as he won 211 games, and was probably  better than Don Drysdale, Jesse Haines, Rube Marquard, and other hall of famers. 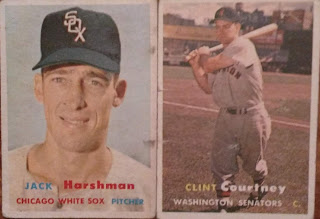 Jack Harshman had an interesting career, as he started out as a 1st baseman . He hit 40 homeruns for Minneapolis in 1949, and 47 for Nashville in 1951 in the minor leagues, and reached the majors leagues as a 1st basemen,  but only played 14 games in the major leagues as a position player before he converted to the mound. Clint Courtney was called both " Scrap Iron" and " The Toy Bulldog", which I think justifies the purchase. 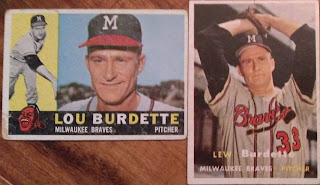 I think it's funny how Topps never really decided how to spell Lew ( Lou ) Burdette's 1st name. It was nice how I got two of his cards so that I could compare. 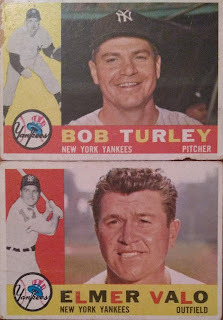 I, for some reason, have always had an odd fascination with utility outfielders who hit .300, walk a lot, and have no power. Elmer Valo definitely as he hit .282 in his 20 year career with a .398 on base and 58 home runs. The only other player I can think of who fit the description is Greg Gross, so it's a pretty select group. 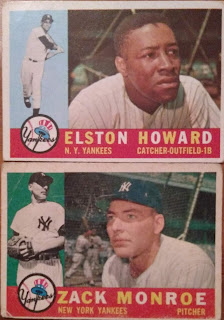 I really like the Christmas colors on the Zack Monroe card. His card is also made interesting as he never pitched in the major leagues after 1959, and that Topps apparently mispelled his 1st name ( Zach). I also like the catcher-outfield-1st basemen designation for Elston Howard. 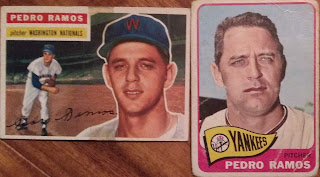 I'll close out with Pedro Ramos at the start of his career, and 10 years later, and worse the wear after leading the league in losses 4 times.

Anyway, thank you all for reading and have a merry Christmas! Or more likely, considering that I posted this at 8:30 PM central time, have a merry December the 26th!