Well, it's been over two months since I last posted. Woops. I haven't been thinking much about baseball cards for a while, partly because my budget was gone and partly because I was focusing on baseball research. But I'm back, and I figure I might as well pick up where I left off, showing the awesome cards I got from a Net54 member. If you don't remember the first installment, and I wouldn't blame you, here's the link for it:

Sometimes my interest in cards dims after a few months, but I'm still excited about these. As the title of this post suggests, I'll be showing the OPC portion of the purchase, about 40 cards from 1969 to 1972. 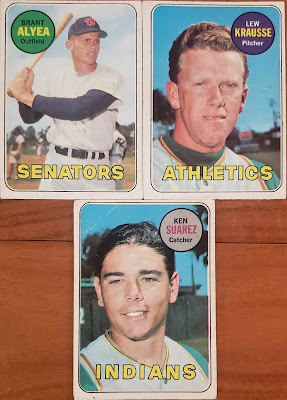 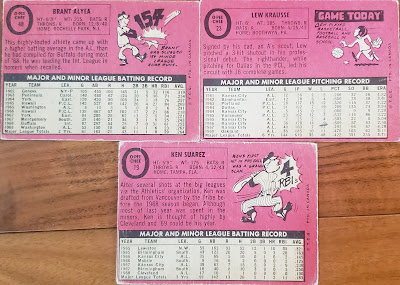 I love the circle around the card number. 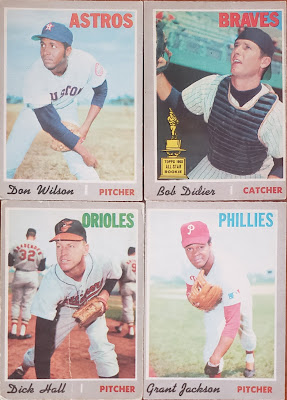 There was a decent amount of 1970s, but nothing too exciting. Well, the Dick Hall and Didier cards are great. 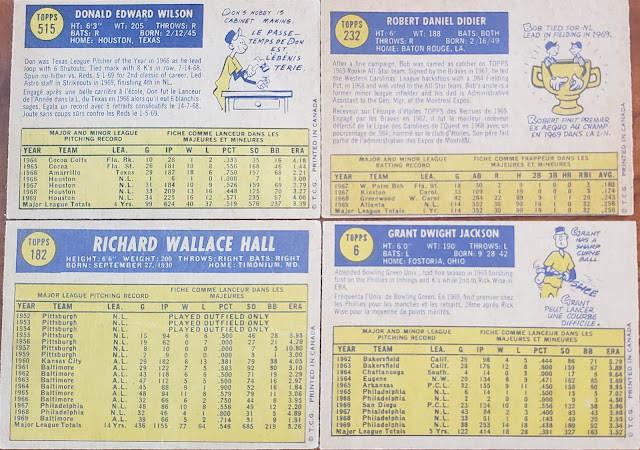 Overall, this may be the only OPC set from 1969 onward with a back that's worse than the Topps back, but it is the first OPC set with French on the back, which counts for something. 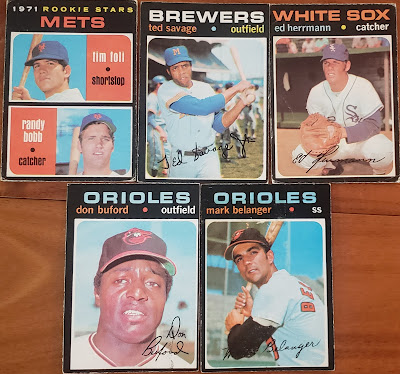 I love 1971 O-Pee-Chee. 1971 Topps is awesome enough with dull backs, and the yellow backs with spectral floating heads really takes the set to the next level.

But the highlight of the 1971s, and all the OPC cards, was the one without French on the back. As you may know, cards 524 to 752 had the same backs as Topps except in yellow, and are freakishly rare. Completing the full 752 card set is almost impossible. Somehow, in this extremely cheap lot of cards there was a 1971 OPC high number. 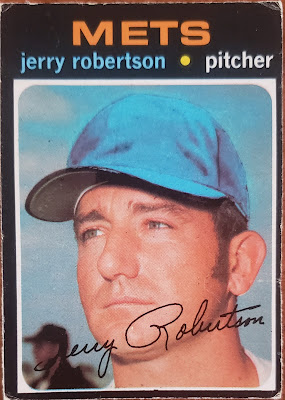 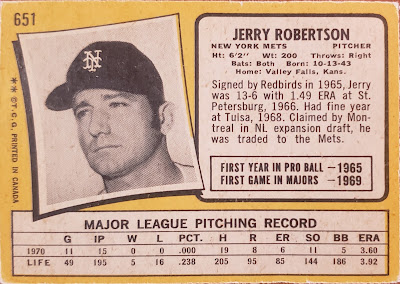 I was shocked, to say the least. The guy who I got it from was selling me his duplicates, which means he had two copies of this card, which is pretty impressive. 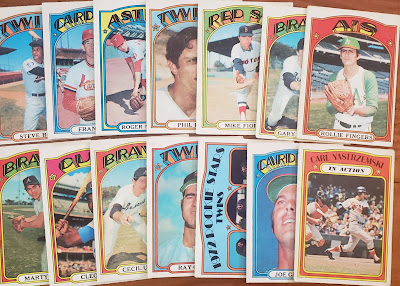 Nothing else was quite that exciting, but 1972 OPC is nice too. 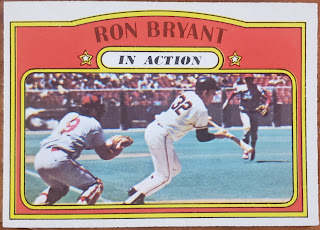 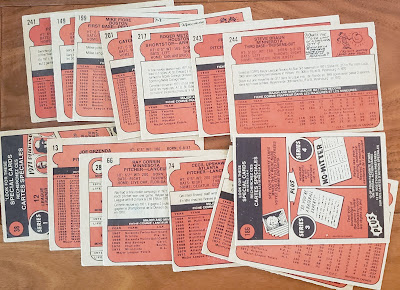 And the backs are some of the brightest O-Pee-Chee ever produced.
To cap this post off, here's a Topps Venezuelan from the same purchase. 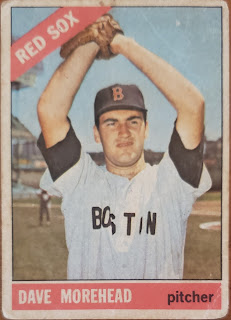 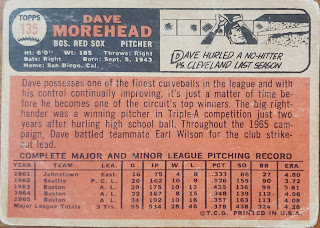 1966 Topps Venezuelan is odd because there's nothing to indicate it's not Topps except the unusual feel and look of the card. It's hard to explain, but they're completely different in person.
Anyhow, that's it for today, but there are still a lot of awesome cards from that purchase to post.
Posted by GTT at 6:49 PM