Yankees, knuckleballers, and prospects: more cards from the online dime-box

This post is basically just a continuation of my last post, because I dislike both making my posts too long and just completely leaving out cards. 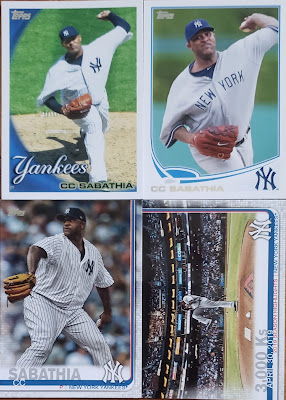 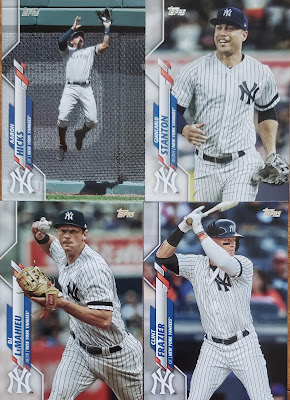 Somehow, before this order I didn't have a single DJ LeMahieu Yankees card. I've been kind of disappointed with the Yankees' performance so far this year. Though on the balance their pitching has been very good, and their hitting okay, they haven't been able to do well in both areas in the same game. Right now they're tied for last place in the AL East with the Orioles.  The Orioles! The Yankees with their $200,000,000 payroll, are tied with a rag-tag band of minor leaguers and outcasts.  On the bright side, both Cole and Judge have been doing very well, though LeMahieu is the only one of the four above to be playing well this year.
Yesterday I was talking with my dad, and I said that with the starting rotation being so bad, if I was in charge I'd bring up Deivi Garcia. Who's pitching today? Deivi! So maybe I should be GM of the Yankees. :) Another change I'd make would be to get Odor off the roster, because he has a career OBP of .289 and is a bad fielder, put LeMahieu back at second, and then have Mike Ford and Chris Gittens combine at first. 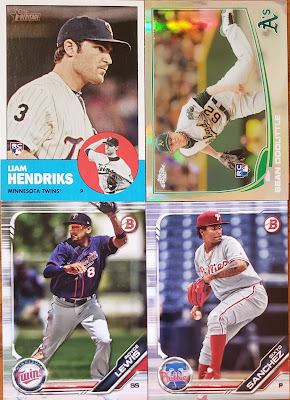 I'm not a prospector, but could I really resist cards of prospects like Royce Lewis and Sixto Sanchez for 10 cents? As relievers, Liam Hendriks and Sean Doolittle don't have much potential for upside, but it's kind of cool to have a player's rookie card.
In my opinion, the signing of Liam Hendriks was a very bad idea for the White Sox. Though he's been elite for the last two years, that's just two years, and Hendriks did not have much success before then. He certainly doesn't deserve $13 million a year, which is a level generally reserved for Hall of Fame quality closers. 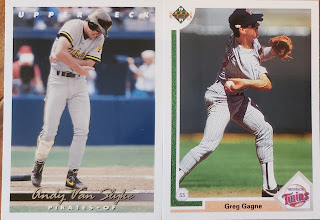 Baseball can be painful sometimes. Getting hit by a pitch is one of the most dangerous aspects, as Andy Van Slyke can attest. And I'm not sure Greg Gagne is actually getting hurt in that card, but it sure looks like it. I don't think arms are meant to go at that angle. 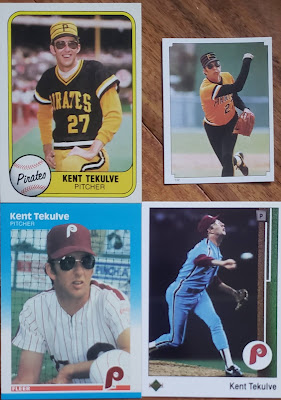 With some guys, each new card is a joy, and Tekulve is certainly one of them. With his coke-bottle glasses and funky delivery, it's hard to think of a bad card of his. 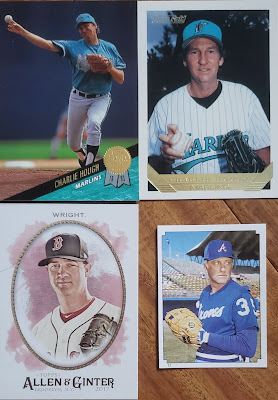 Steven Wright is one of the few knuckleballers still hanging on in baseball, though he hasn't pitched in the majors since 2019. Right now he's in the Pirates' organization. The Allen & Ginter card of him is actually a short-print, which is nice. 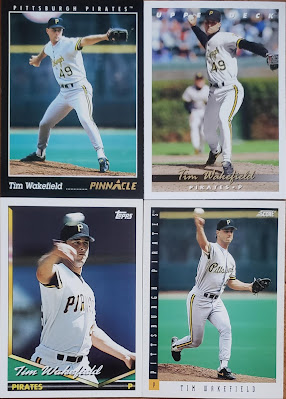 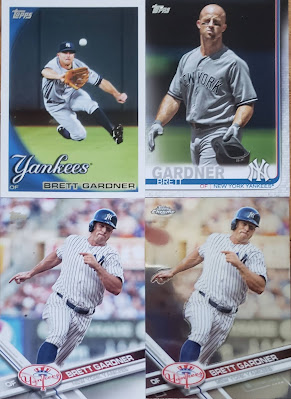 Brett Gardner is one of my favorite Yankees. Though he doesn't have any one skill which really sticks out, he's fast, a good fielder, walks a lot, and has some pop in his bat. Plus, he just plays hard and cares about the game. Sometimes he might be a little too competitive, but I prefer that to not caring. Generally, he's the one player Yankee haters respect. 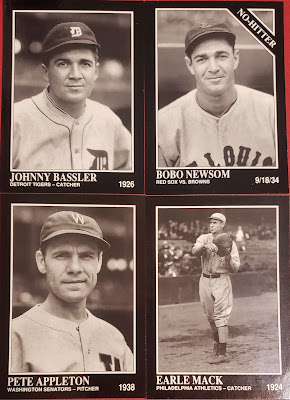 I also got a few Conlon cards. Johnny Bassler is one of my favorite obscure Hall of Fame candidates. He hit only 1 home run in his major league career, but he had a .416 OBP as a catcher, and had MVP voting finishes of 6th, 7th, and 5th. Though his major league career was short (811 games), he had batting averages of .365, .354, .357, .336, .351, and .354 in the high minors. He's never going to get in, and might not deserve it, but I honestly think he was a better player than some in the Hall. Bobo Newsom, Pete Jablonowski/Appleton, and Earle Mack, son of Connie, all have interesting stories too.
And that's all. It might be a while until I make another order on baseballcardstore.ca - hopefully I'll make to a card show sometime soon and enjoy a real dime box.
As a side note, a while back I was at the library, and while looking through baseball books this fell out:

Isn't that cool? A ticket from Fenway park that also features my favorite team! It fell out of a book called "Emperors and Idiots" which is a book about the Red Sox- Yankees rivalry, so it's pretty fitting. Generally when I find something baseball related in a library book, it's a baseball card bookmark which I forgot to take out when I returned the book.
I've started another blog, https://johnsbaseballblog.blogspot.com/ ,which is me talking about whatever interests me in baseball as a whole. It's kind of a mix of commentary, opinions, and research, about current and historical baseball. Check it out.
Posted by GTT at 12:02 PM