Today I don't have much a plan for a post, but I want to show some cards that I think are cool. I might make this into a  regular theme, but I'm not sure. Introduction aside, here are the cards: 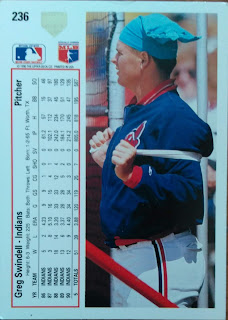 This is just a wonderfully wacky back. I don't think I have to explain it too much. Why can't we have more backs like this? 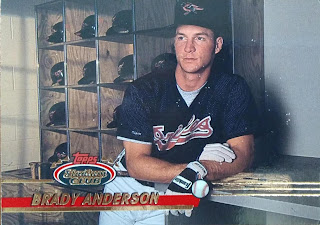 On the front this just looks like a regular card. A nice picture, but nothing too out of the ordinary. But on the back: 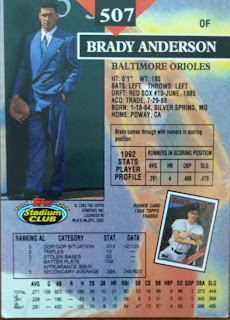 Another beautifully bizarre back, exhibit B in the case for returning to pictures on baseball card backs. Though if we did it might just be like the pictures on the back of 1991 Fleer. 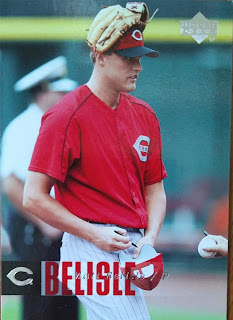 Now this is a nice picture. He's signing autographs, his glove is on his head, there's a disembodied hand, and there's even a policeman lurking in the background. Need I say more? 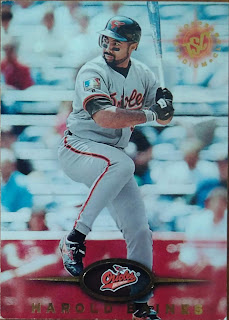 On the front 1995 Topps Stadium Club is just a regular set. Straight laced and respectable. But when you turn it over: 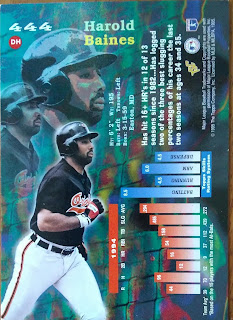 The back is shockingly psychedelic . Just nuts. Now lets compare it to 1995 Fleer, an infamous set also released in 1995: 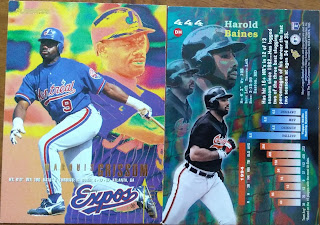 ( Sorry for the picture. I didn't bring all my cards on vacation so I can't do it again)
Very similar. Neither of these monstrosities would have been made in any other time.
After all that craziness, I think I'll close this out with something more regular: 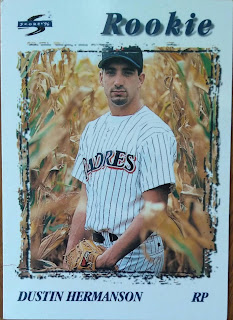 Actually for a long time I thought it was some sort of crazy painting around Dustin Hermanson, before I finally realized that he was standing in the a cornfield. Though that's still pretty weird.
Anyway, thanks for reading, and I hope you enjoyed this.